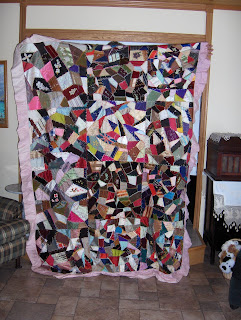 Family stories have told me this quilt was made in Ontario by my great gramma and her daughters.
Great Gramma was Katharina Cochrane, wife of James Cochrane daughter of Wilhelm Hieronymus and Margaretha Dengel she was born 1850 Waterloo, Ontario


At first I thought this quilt was made in 1905 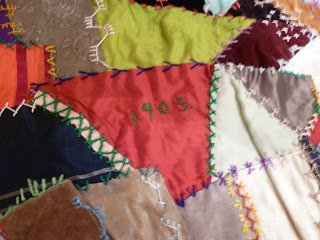 as that is the date that is embroidered on it, however after a closer look I found a 1906 that was covered by some tatting work. WHY? 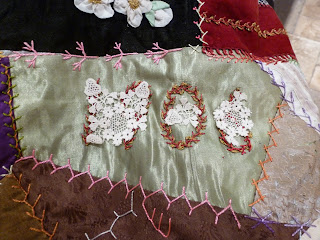 Other embroidery I found are


Sept - not sure what this means 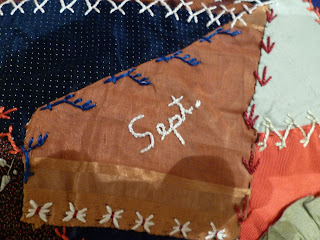 J(backwords) C F -  I believe this to mean the person was deceased which would be my grandfather, James Cooper Forrest, husband of Mary, who died in 1914.I'm thinking my grandmother Mary Cochrane Forrest made this block. 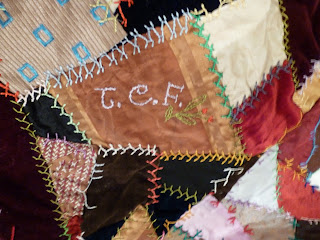 J C C - The only thing I can put to this is Jean Cochrane Cameron, Jean married to Hugh Cameron in 1913 and she likely made this block. 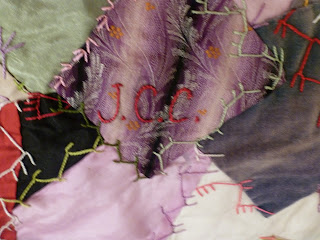 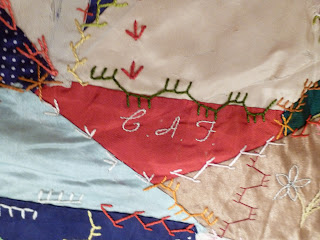 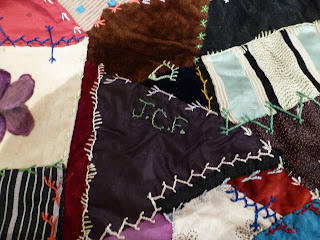 If in fact it is my father why isn't his twin sister that died in 1910 mentioned? 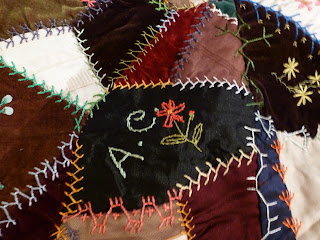 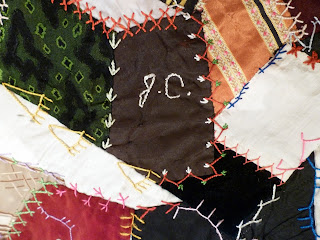 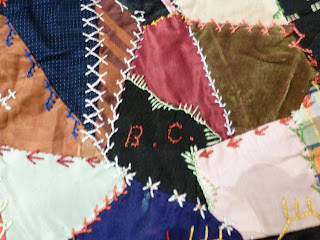 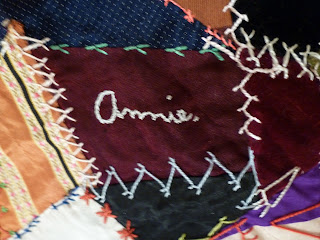 I've come to the conclusion this quilt was made about 1914-1923, probably over the winters gramma took the children east. The quilt was given to Catharine Cochrane Smith after the death of Katharina and Aunt Kate brought it west and added the pink frilly edging. In 2010 I inherited when the last daughter, Lois, of Aunt Kate's passed and I restored the backing and removed the pink frills. 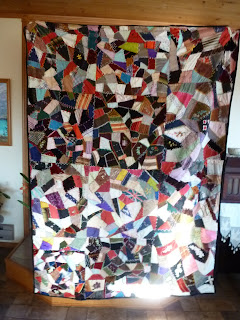